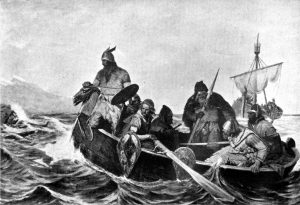 Here’s the article for class (need moodle login). When reading the article, pay attention to how they used network statistics to make conclusions about these Icelandic sagas, and some of the comparison with the Iliad, Tolkien, and Marvel (three “universes” that I enjoyed using in the same sentence).

MacCarron and Kenna, like the data scientist who looked at Game of Thrones, did network analysis on the characters of the Icelandic sagas to see how much the interactions between these mythic characters resemble “real” social interactions. Using SNA, they could look at the collection of Islendia sogur, instead of examining each story one by one, and through the flattening function of SNA, compare them to contemporary models of social networks, which are characterized by ideas such as small-world,
scale-free, and assortatively-mixed. Small-world we’ve already talked about – this is the ‘six degrees’ idea. Mathematically, they say that a network is small-world “if it has a small path length and a high clustering coefficient compared to a random graph of the same size and average degree” (MacCarron and Kenna 3013, 13). Assortatively mixed means that people tend to form friendships with people who are similar to themselves; in network analysis, nodes of similar degrees tend to be linked to each other. 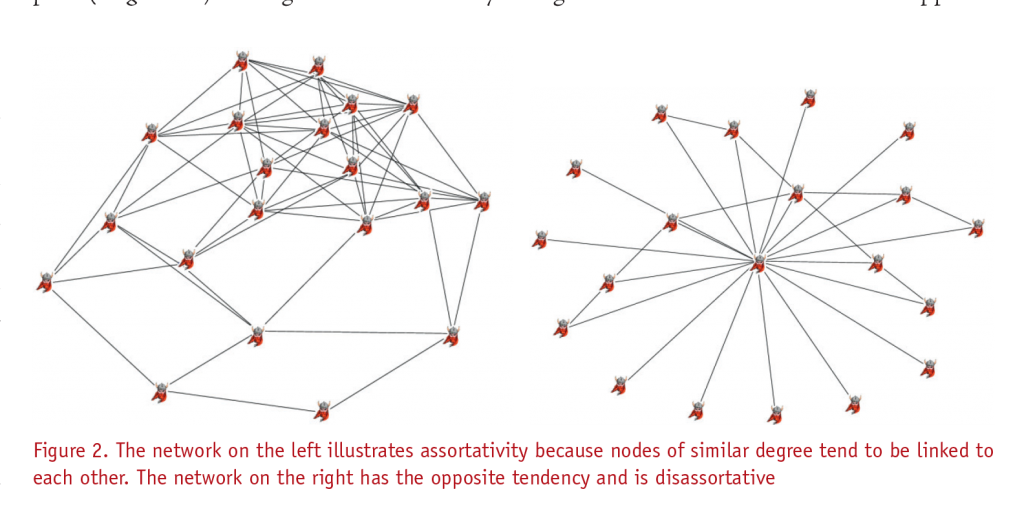 Remember, there are no units to network values such as ‘mean path length’ or ‘clustering coefficient’ – so one of the key things to remember is that these mathematical constructs only mean something when comparing like with like; networks of similar sizes, for example, can be compared; but in isolation, these numbers are meaningless. Comparison, then, can take place between ‘an ideal type’ which is constructed mathematically; or they can take place between real networks that are similar because of size.

Things that we will discuss this morning:
How are the edges formed?
Why do you think Lord of the Rings and Marvel comics are different, in terms of degree distribution and disassortativity?
Is this useful in reconstructing “real” history?