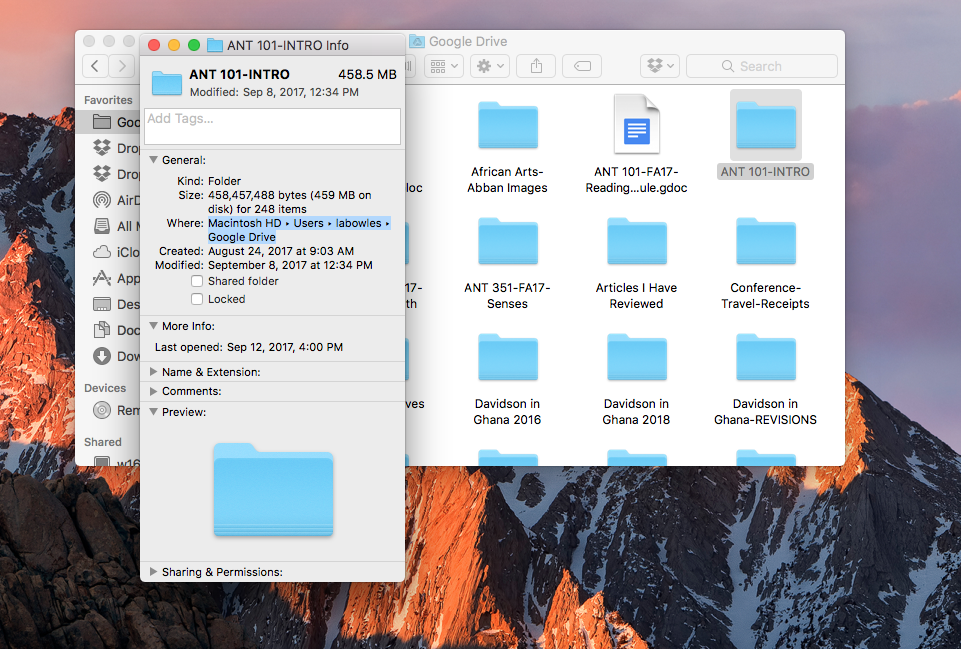 One of the common problems that I’m seeing from people who have come in for help has to do with running the script in the proper directory. Using R Studio and Katya’s script, the first thing you need to do is put everything in one folder. It’s good practice to be a little organized – don’t just dump things on your desktop; maybe create one folder for each class (but don’t be too organized – don’t have subfolders within subfolders – then you will never find anything). So let’s say you did things right – you created a folder for ANT 291 in the folder that you sync with Dropbox or Google (so you never lose anything). You then should create a folder within ANT 291 where you place the downloaded tutorial. When you start R Studio, you then create a project within that folder (with the tutorial script and the files), and so now your Project is together with your data in the same folder.

Within the script, when you are importing the data that you downloaded, you need to set your working directory. In the script, you can search for “setwd” (which in R speak means set the working directory). In Mac, you need to go to the folder where you put your stuff and click “command – i”, as in the picture above. You then need to select the text (like I did in the picture) that has the directory, and then paste it inside the quotations. I’ve noticed that you also need to add the exact name of the directory as well – you can do that within RStudio.

So if you’re having problems with the script, first check what I’ve written above.

OK, back to our theoretical readings.

As Miller notes, while Haraway and others emphasized the power of technology to transform issues in gender equality, the rise of social media hasn’t quite lived up to the dream of the internet and social media as delivering social justice. In general, they note that while there is a general trend of the internet and social media reinforcing gender and identity roles throughout the world, there are also disruptions of norms that are heavily localized. Some are reflected through differences in the popularity of a particular social media product (e.g., Facebook vs. WeChat) and the capabilities of the particular app. Often such differences play out because of local social contexts and cultural specificities. Yet all of these take place (mostly) in a wider ‘networked public’, reaching out to an audience beyond the face-to-face (including the researcher). This property is central to their idea of social media as scalable sociality.

One thing to consider about ‘scalable sociality,’ however, is whether or not the widening of the field has resulted in the growing sense of violence and contention about any particular social issue. Gamergate is one recent instance where gender has played out in a way unique to the internet and social media:

Miller et.al. conclude that people everywhere ‘have a perception of their own social position that is largely relative to others in the same society, rather than set against some abstract scale’ (Miller et.al. 2016, 128) which then plays out in social media. What role, then, does social media have with respect to social inequality? Here are other things to think about: