This article is similar to the Vikings saga article that we read for Wednesday, but now we’re in my territory – science fiction television series. 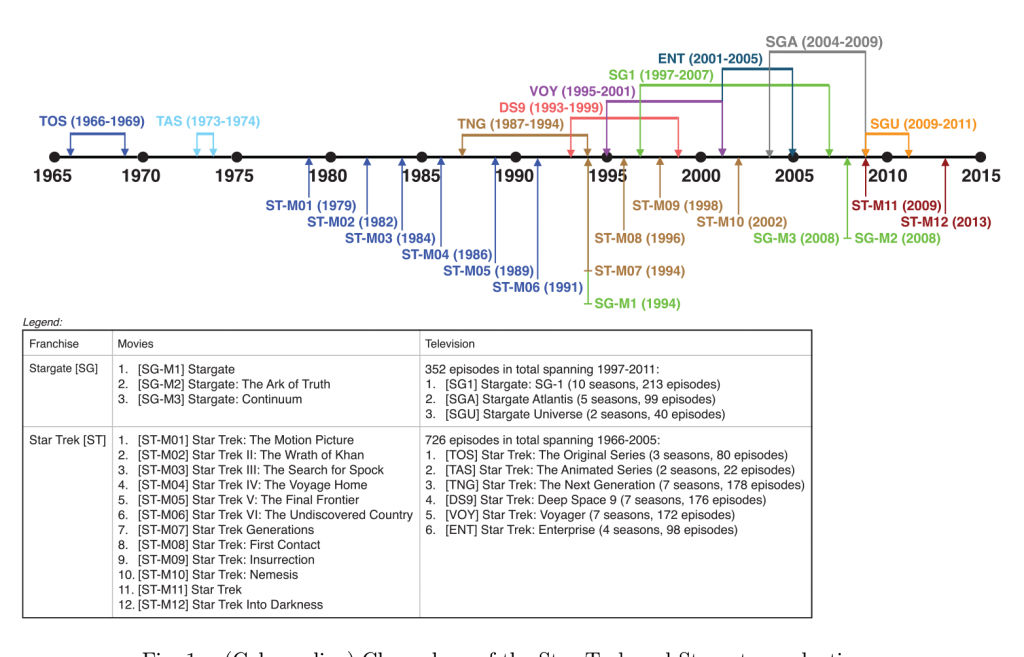 Because these are two big franchises, we can more effectively use SNA to understand what’s going on. Since we discussed small-world, scale-free, and assortativity yesterday, let’s move on to some of the specifics in their approach that we can use in our own projects.

Tan et.al. bring in two narrative concepts that they later link to particularities about character networks: fabula and syuzhet. Fabula is the chronological order of events; while suzhet is the the nonlinear order in which the events are related (e.g., flashbacks, etc.). They also distinguish between two types of episode character networks that have different functions within the series as a whole, bottlenecks and expanders. I’ll start by showing you an example of a bottleneck.

They grabbed scripts from fansites; I recreated the network for the Voyager Season 3 Episode 6 show called Remember from Chrissie’s Transcripts Site.

Getting the transcript and R Code.