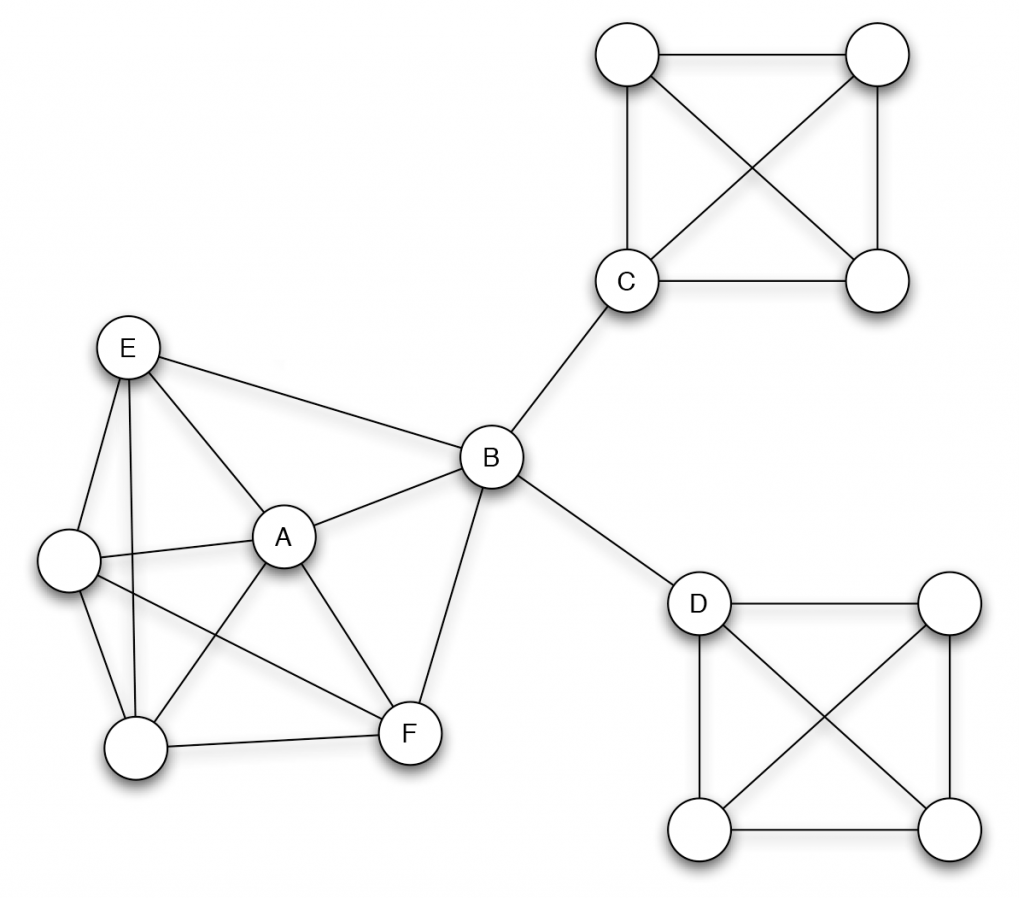 As we learn more about network concepts, we will run into other terms such as centrality that help us distinguish and quantify embeddedness.

Concepts such as triadic closure and structural holes are important if you are comparing an idealized structure with an existing structure. As I suggested, networks can explain how or what, but not why. That is a bit of an exaggeration – some people want to use network analysis to explain why, in that there are structural issues that shape how things flow. Triadic closure, structural holes.

Betweenness as a concept is important to understand; the math behind betweeness measurements requires more time and is more than can be expected in a one semester class where the goal is to apply SNA to real data. In network analysis, betweenness (connected to concepts such as ‘brokerage’)indicates how central a particular node is to other nodes – some nodes connect parts of the network more than others. Having high betweeenness, however, doesn’t necessarily indicate ‘power’ of a particular node within a group or network, but it does indicate a critical point within the network because of its importance in keeping the network together. 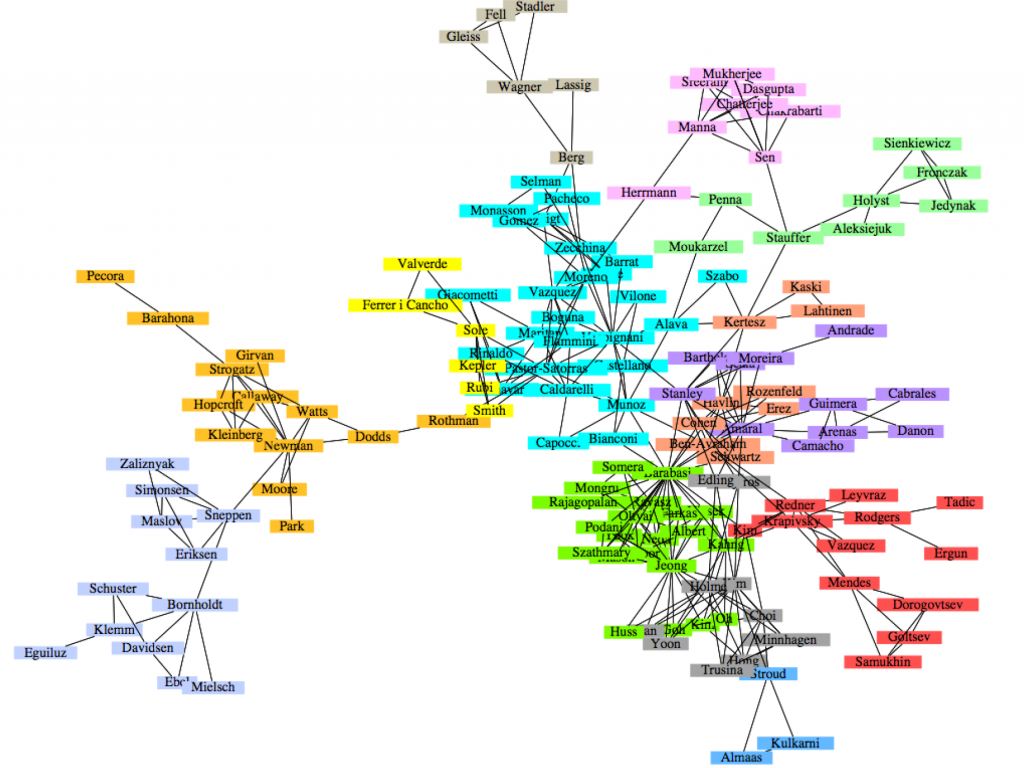 But do think about the issue of graph partitioning or cliques/groups (we will talk more about these ideas later); in the network above (Figure 3.12 from Easley and Kleinberg, co-authorship network of physicists) you can see different groups – with identifiable nodes that have different measures of betweenness. 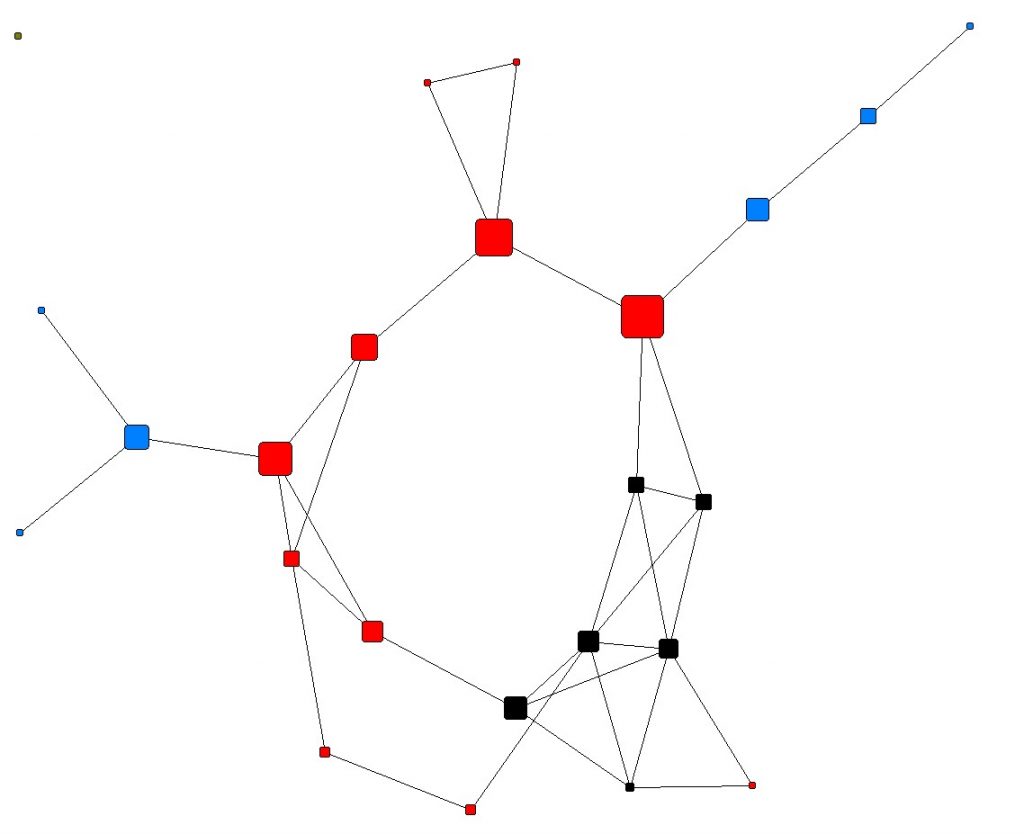